The aim of this project was to create a concrete pebble that was ‘more’, not just a simple facsimile of a beach pebble, to make a concrete pebble for people to hold and to coddle and for it to respond to the way in which it is held – the pebble has lights inside it which change pattern depending on the orientation in which it is held. I want the pebble to encourage those who hold it to question their ideas about concrete, rather than taking it for granted, or ignoring it.

Due to my aversion to flashing lights, all of pebbles transitions are quite slow and subtle, so you have to take your time, hold him steady and let him settle if you want to see a new pattern – this is not a pebble to be rushed.  My favourite is when you hold him upside down, he pulses with light at approximately the same speed as my heart rate.

These pebbles are certainly not objects that I want to batch produce, they have become instead one off art pieces that draw attention to my quieter Shifting Sand pebbles.  They have become ‘something of value’, something that would be missed, would create a void if it were no longer there, and as such they form a dialogue with my other work.

The project began as a way of exploring ways of working with concrete, and an experiment in collaborating with my engineer husband, Laurence, for the first time.

It became a battle of wills*, a crash course in mould making, problem solving and working collaboratively. I loved it.

My light up pebble went through much iteration before we managed to make a final, finished piece that met my goals.  With each iteration of the design I had to adapt and change the way I was making or using my mould.  I enjoyed the challenge of problem solving out of my comfort zone. Each experiment built upon what I had learnt from the last.  The photos below show just a very few of the stages we went through with the moulds, and the electronics.

* It turns out Artists and Engineers really do speak a very different language. 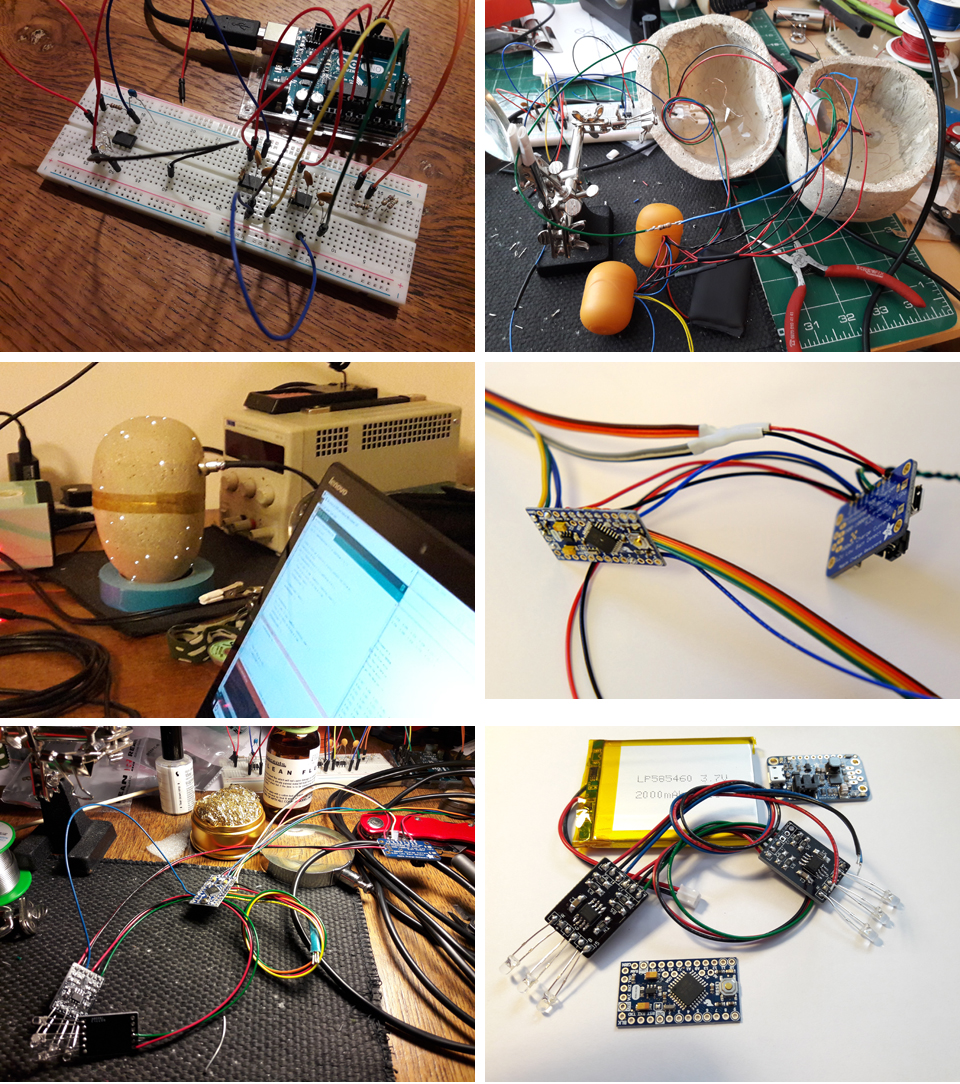